A medical device startup, with an assist from Innovate Arkansas, pivots to overcome pandemic-induced disruption

In January of 2020, Noah Asher was feeling good. Vascugenix, the Little Rock medical device startup where he serves as CEO, had completed its fundraising. It was on track to bring its first product — a medical device called the Speed Torque invented by Vascugenix co-founder Dr. Dwight Chrisman — to market by April.

“We had a very good plan, with a really solid couple of deals in place,” Asher said. “COVID undid all that.”With most of Vascugenix’s supply chain based in China, Asher and his team were tipped off early to the threat of COVID-19. They had received visas for a business trip to Shenzhen and were closely monitoring the situation in Wuhan when things began to spiral out of control. Two deals fell through, including a significant investment, as the economic impact of the virus hit the core businesses of their partners. By mid-March, Asher said, “We felt like we were back at square one.”

Despite being 23 years old, Asher did not lack for experience as a startup founder. While a college student at the University of Arkansas at Little Rock, he and two fellow students had founded a medical device company and successfully applied to the Delta I-Fund, an early stage, proof-of-concept fund to capitalize and train entrepreneurs, which is implemented by Winrock International. During their time in the I-Fund, Asher and his co-founders won several entrepreneurship competitions and gained valuable experience by discussing their product with potential customers.

When COVID scrambled Vascugenix’s original plan, Asher and his team began reaching out to their advisors, including Gre’Juana “G” Dennis of Innovate Arkansas, a state-funded initiative that helps scale promising Arkansas technology ventures and is also implemented by Winrock, part of the entrepreneurial ecosystem the organization creates to support entrepreneurs. Through Innovate Arkansas, Dennis, a former vice-president for innovation at Baptist Health, had already served as a sounding board and proved instrumental in making introductions to hospital groups and angel investors. 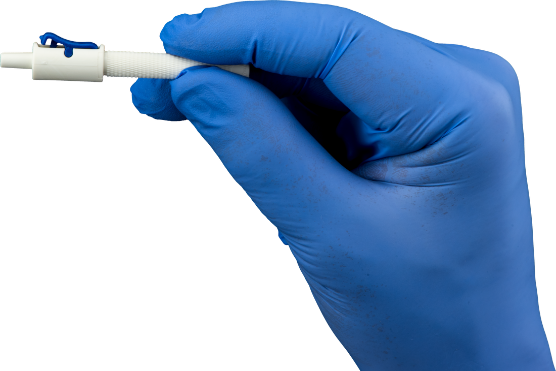 With the help of Dennis and other advisors, Vascugenix went back to the drawing board to devise solutions for a barrage of new challenges. What is the best way to bring the product to market now? How could they handle delays caused by the closure of factories? How could they develop new supply chains?

Over a long spring and nerve-wracking summer, Asher and his team poured themselves into the new challenges. “We realized that reducing our dependence on China was important, for geopolitical and pandemic reasons,” Asher said. Vascugenix Chief Operating Officer Martial Trigeaud spearheaded a rapid reconstruction of their supply chain, shifting the bulk of their manufacturing and production to the United States, while realizing cost savings in the process.

Meanwhile, Dennis and Innovate Arkansas served as a liaison to hospital groups as Vascugenix reached new agreements to compensate for the deals that fell through at the start of the pandemic. All of the hard work came together in September as the Speed Torque hit the market, only a few months after its original date.

“It’s a testament to how strong Noah and his team were,” Dennis said. “You’ve got a product tested and you’re trying to get to market by a certain date, with investors expecting performance and a burn rate with expenses… I don’t know if many companies could have done what they’ve done.”

David Sanders, the director of Innovate Arkansas, said Winrock’s entrepreneurial programming is designed to encourage outcomes such as Vascugenix. “It’s gratifying to work with dynamic entrepreneurs like the team at Vascugenix, and ultimately their success benefits the state of Arkansas and, in this case, patients through improved safety,” Sanders said.

Nor was Vascugenix’s success a surprise to Amy Hopper, who oversees the I-Fund for Winrock and had trained Asher during the program. “Noah is very coachable, and I think he’s a lifelong learner, which is really important when it comes to starting a company,” said Hopper. “I think the knowledge that Noah obtained during the I-Fund helped him start a company with more value in the market, which is Vascugenix. So that’s kind of why we do this: Long-term, we’re investing a lot in the entrepreneurs, not just their ideas.”

Asher left his first company, called Spiritum Solutions, to take what he considered to be a dream job as an analyst with Little Rock investment banking firm Stephens, Inc. But before doing so, he met Dr. Dwight Chrisman at the Arkansas Small Business Technology and Development Center at UALR. Chrisman “had this incredible idea for this device,” Asher said.

During interventional vascular procedures, such as placing a stent or a balloon in an artery, a physician uses a torque device to maneuver a guide wire that leads a catheter through the arteries that lead to the heart. Current torque devices require a surgeon to use both hands if the guide wire needs to be readjusted. Often, this isn’t a problem, but using both hands can sometimes lead to delays that result in mistakes, such as a punctured blood vessel. Chrisman’s device – what is now known as the Speed Torque – enables a surgeon to save time and improve safety by manipulating the guide wire with one hand.

Asher and other undergrad students put together a business plan for Chrisman’s device. They knew they had something special when they took part in four competitions outside the United States, exceeding expectations in all of them, then won the Arkansas Governor’s Cup for a second year running. But the real value of their idea was hammered home with a top-10 finish at the Rice Business Competition, the most prestigious graduate level business competition in the world.

Today, this innovative product is on the market to the ultimate benefit of patients everywhere, despite the unprecedented challenges posed by the pandemic. “The fact that we’re able to be here now is a huge testament to how helpful Innovate Arkansas was and how hard people on the Vascugenix team have worked,” Asher said. He recalled one of Chrisman’s early remarks to him: “He said this is an amazing opportunity. This is a great product that’s going to help a lot of people.”