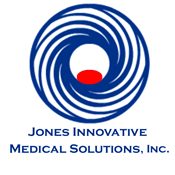 ARK Challenge winner Spencer Jones will be "summering" in Memphis.

Jones, whose Little Rock startup Jones Innovative Medical Solutions was named the winner of the fall 2014 ARK installment held in downtown Little Rock, is participating in the Zero to 510 accelerator program that runs May to September in Memphis.

Zero to 510 is a medical device accelerator launched in 2012. It's held at Memphis Bioworks in the medical district downtown.

Jones and his investment partner, NLR med tech investor David DePoyster, recently purchased the patent for a breakaway IV valve. And it's that IP Jones will take to Memphis.

In Little Rock, Jones pitched his patent-pending BVAD -- Bifurcated Venous Access Device -- and it won him a $150,000 investment round from the ARK to go on top of DePoyster's previous investment.

BVAD is an innovative method of providing hospitals with a "one stop" blood draw system. One site for both IV fluid administration and blood draws. It's a method that Jones says is more efficient for hospitals and pain-free for patients.

Jones developed it as a surgical nurse resident at CHI St. Vincent in Little Rock, where he still works nights. He'll take a leave of absence to join the upcoming Zero to 510 cohort.

Here's a link to the breakaway IV valve patent that Jones will take to Memphis.

As we like to say: Stay tuned...more to come.