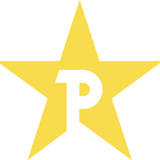 It made the announcement with fellow Conway tech firm Inuvo. The two companies share space in downtown Conway and later this fall will each occupy roughly 13,000-SF in the building that houses office space as well as the Museum of Discovery and the newest Damgoode Pies location.

The space is being renovated and company officials from both firms expect to move in by October.

The vibe in downtown Little Rock just got even more techy. Awesome.

Here's coverage of the event from Arkansas Business.

Both companies have ties to former Acxiom Corp. CEO Charles Morgan. Morgan is a member of Inuvo's board of directors, and he is chairman and CEO of PrivacyStar, which makes a call and text blocking app for smartphones. Howe is a former chief marketing officer for Acxiom. Inuvo manages much of PrivacyStar's IT work.

Both companies have been operating at 1111 Main Street in downtown Conway. Morgan said both firms looked for space in Conway but couldn't find any to fit their needs. They also considered building, he said, but needed the space sooner than new construction would allow.