Charles Morgan of PrivacyStar Set for Build IT Chat; 1MC at Innovation Hub 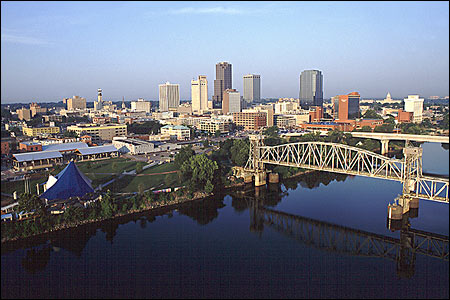 [Editor's note: Perhaps it may lay ahead. Sigh. Honestly, we can't remember.}

Charles Morgan, co-founder of Innovate Arkansas client firm PrivacyStar of Conway, will be the subject of the Build IT fireside chat series from the Arkansas Venture Center on Wednesday.

The series brings in prominent Arkansas tech founders to tell their stories and answer questions. Wednesday's installment will begin at 5:30 p.m. from the AVC space at Tech Park@107, the former ARK Challenge space in downtown Little Rock.

You may recognize Morgan, by the way, not only for his work with PrivacyStar but for that other little startup he founded a while back called Acxiom. We think they do something related to data...

Morgan recently penned his memoir, and the first 10 registrants for Build IT will receive a free copy.

Argenta's Mugs Cafe -- meeting place for techpreneurs -- will present. 1MCLR has been presented from its original home, the Little Rock Regional Chamber of Commerce, the AVC, and now the Hub.

And Tuesday, the AVC's latest Code IT event will feature Laravel developer and Arkansas native Taylor Otwell. Lots of coding going down lately.

Register here for Code IT. It starts Tuesday at 5:30 from the AVC.

So, weather permitting, lots of good stuff this week along the river.