Jeff Stinson of Fund for Arkansas' Future to Present at 1MC 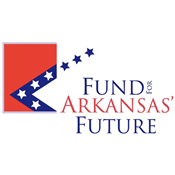 The AVC is sharing space with the Little Rock Tech Park at 107 East Markham, across from the Statehouse Convention Center, in the former ARK Challenge spot.

Stinson, who also serves as director of UALR's TechLaunch, will discuss FAF's mission of capitalizing early-stage, Arkansas-based companies with a goal of ROI but also the creation of high-growth companies for the state.

Since FAF's official launch in 2005, it has created two funds that have invested almost $10 million in 27 Arkansas companies including many IA client firms. In fact, Stinson tells us that IA membership is a de facto prerequisite to presenting before FAF.

More on Stinson, FAF and UALR coming soon from IA and Arkansas Business.

In the meantime, Wednesday's 1MC will be well worth your time. Not just for the new digs, but for a good overview of the tech startup ecosystem from Stinson.