Michael Eason on Identifying and Solving a Problem with PBX 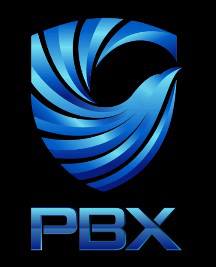 Michael Eason, who founded IA client Passenger Baggage Xpress of Little Rock with his brother Brandon, writes in Arkansas Money & Politics about starting up and how the brothers recognized a problem and set about to provide a solution.

PBX, of course, is an Innovate Arkansas startup that participated in the ARK Challenge and also won several G60 pitch contests.

Working at Clinton National Airport in Little Rock, the brothers recognized a problem with lost luggage and came up with a way to track it. They met with Innovate Arkansas and the rest, as they say, is history.

The PBX baggage tracking system was launched recently at Clinton National and today at NWA Regional in Benton County.

Here's a sample of Michael's piece from M&P:

At PBX, it has always been important to solve both the passenger problem, and airline agent problem, with one easy-to-use product. After two years of research and testing, we have started specializing in placing the power of baggage recovery back in the hands of our customers!

We are preparing to launch our services in Northwest Arkansas Regional Airport (XNA) in the coming weeks.

The entire idea started to become a reality when we became a member of Innovate Arkansas. We also participated in many Arkansas events to gain customer feedback about our product. One event that I recommend every startup founder should attend is the G60 presentation held around the state.