Coming Through Loud and Clear

A breakthrough telemedicine platform has turned the fortunes of one rural Arkansas hospital around. Could it be applied across the country?

In a hospital bed at Great River Medical Center in Blytheville, a farming community in rural northeast Arkansas, a patient tells Dr. Darren Sommer that her stomach hurts. A nurse named Emily applies a stethoscope. “That sounds good,” Sommer says. “I’m going to let Emily push on your belly. Please let me know if you feel any tenderness.”

Speaking to a group of observers in the room, Sommer explains that when he speaks to a patient, he’s careful to maintain eye contact. But Sommer himself is not in the room; in fact, he’s not in Blytheville at all. He’s speaking from Jonesboro, a larger city about 50 miles away. His image is broadcast in high definition from a 55-inch screen stationed at the foot of the bed, and the “patient” is a nurse who works at the hospital. 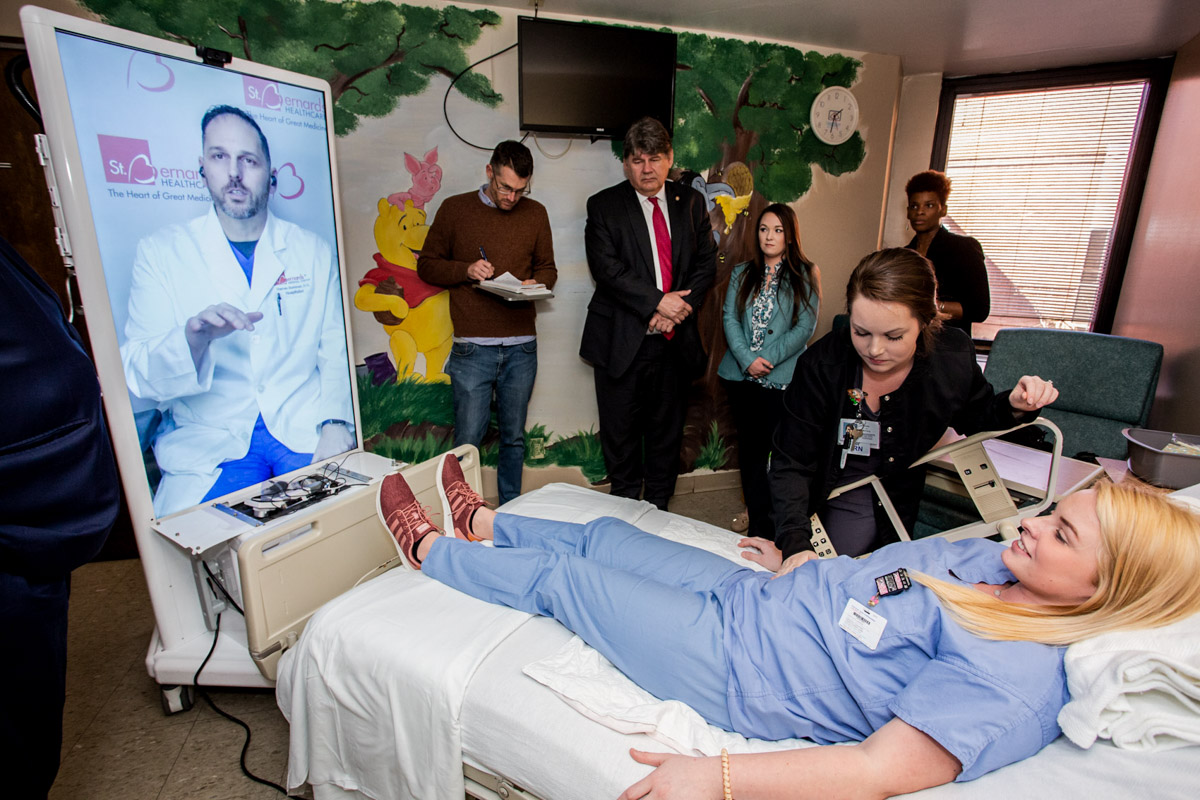 Sommer is demonstrating the technology he pioneered as the founder and CEO of Innovator Health, a tech startup that connects underserved rural hospitals with qualified doctors through telehealth and telemedicine. Innovator was recruited to relocate to Jonesboro by Innovate Arkansas, a state-funded initiative administered by Winrock International that helps scale promising Arkansas technology ventures. 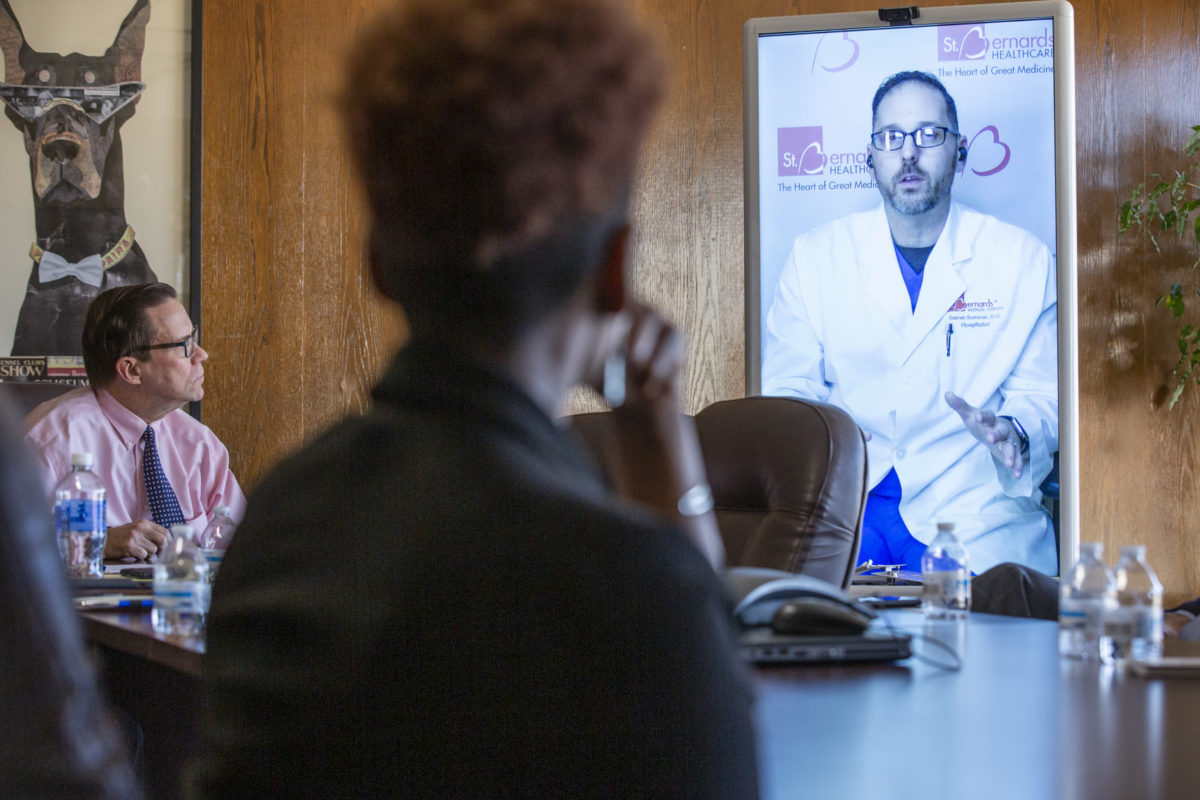 The impact of the technology is already being felt at Great River. Patients here suffer from high rates of diabetes, hypertension, obesity and cancer. Like many rural hospitals, Great River has struggled in recent years to recruit and retain hospitalists, the term for an in-patient physician who works exclusively at a hospital. So in 2019 CEO Chris Raymer switched to a nurse practitioner/virtual hospitalist model, employing three nurse practitioners (one of whom is himself) who meet with patients in person at Sommer’s remote direction.

The result? Last year, Great River increased its revenue by $1.6 million. With access to Sommer, a more qualified doctor than the hospital could typically attract, Great River has been able to handle more complex medical cases, which are reimbursed at higher rates by Medicare. The new care model is a hit with patients, who are visiting Great River more frequently rather than driving farther to larger medical systems. In both December and January, the hospital admitted 80 more patients than it typically does, which is a major increase for a hospital that serves 16,000 patients total.

“We’ve had every bed full probably a half-dozen times this month,” Raymer says. “Before the last three months, we haven’t had that problem in years. It keeps the nurses busy, keeps them sharper, and provides better care.” 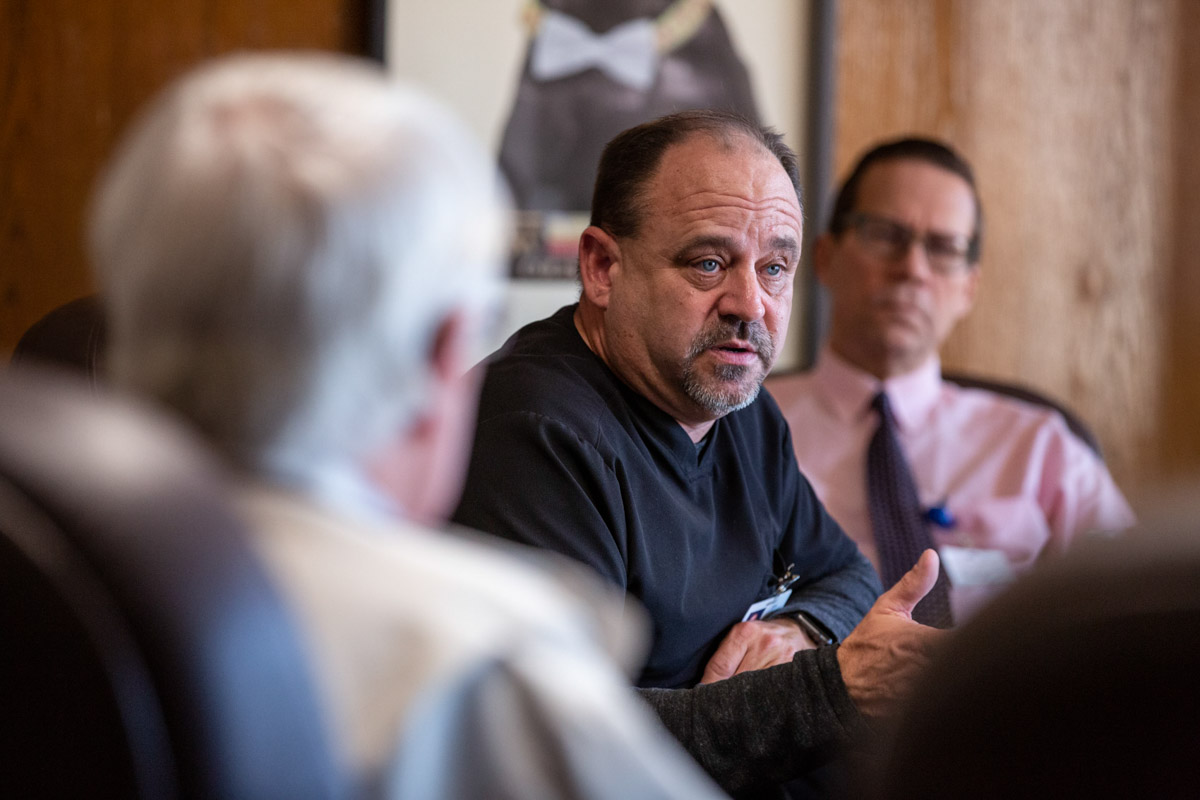 The results are vindicating Sommer’s belief that rural America represents a great untapped market. More than 10 million people over the age of 65 live in areas designated as rural by the U.S. Census Bureau. Yet more than 100 rural hospitals have closed since 2010, forcing rural residents to drive increasingly farther for healthcare.

“Innovator Health is meeting the challenges facing rural healthcare head-on by delivering world-class protocols of care through its technology and services,” says Innovate Arkansas Director David Sanders. “We’ve enjoyed helping Innovator Health grow. The company’s work is so important because their team is enabling hospitals to thrive when many are struggling to survive.”

Telemedicine technology that works and that local patients have confidence in offers a potential win-win solution to the rural health crisis. For major metropolitan health systems, deploying specialists to underserved areas through telemedicine holds the potential to grow market share and maximize efficiency. But the opportunity is even greater for rural hospitals. 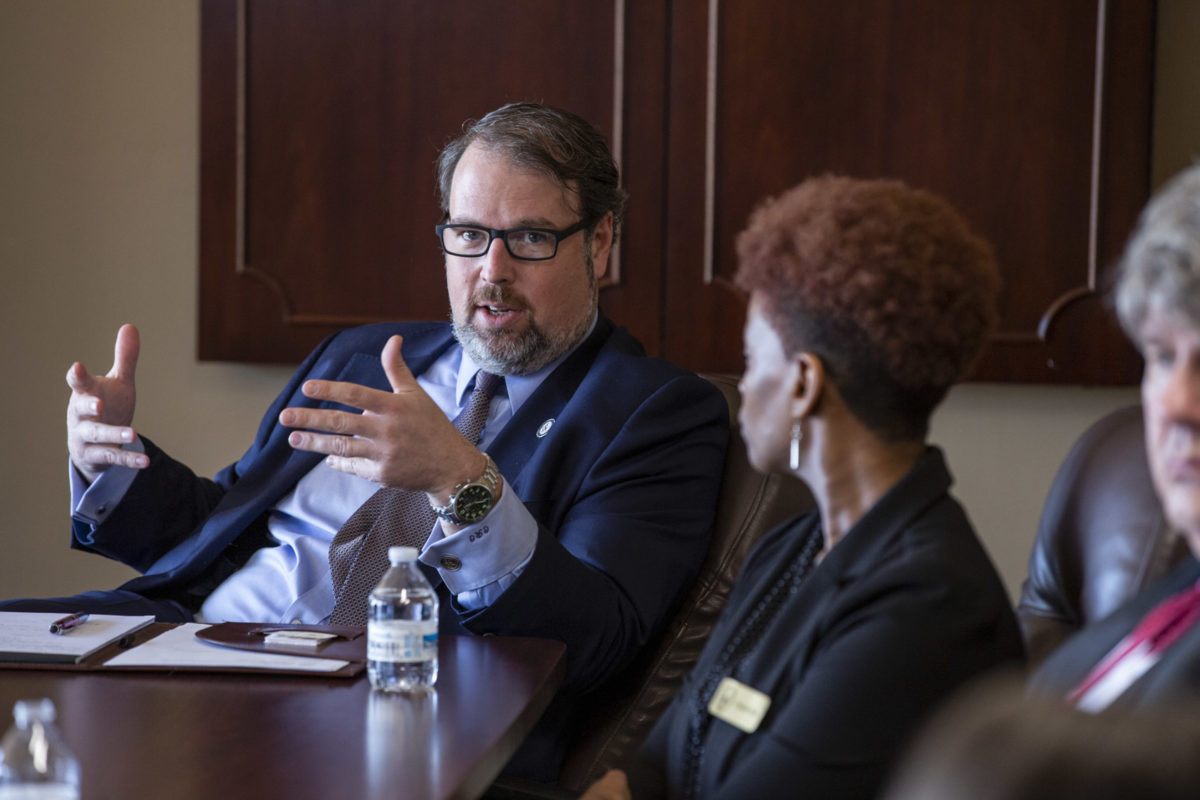 Chris Caldwell, the chairman of the Delta Regional Authority, speaks about the healthcare challenges faced by rural communities during a demonstration of Innovator Health’s telemedicine technology. Photo By Karen E. Segrave | KES Photo

“The struggles of rural healthcare providers are well known and send ripples throughout the community and region when these institutions close,” says DRA Chairman Chris Caldwell. The DRA is a federal agency that makes strategic investments aimed at improving economic opportunity and quality of life in areas of eight states that lie within the Mississippi River Delta. “Combating the woes of limited access to healthcare is vital to the economic development sustainability and growth in Delta communities, which is why we are investing as an agency in providing more access and higher quality of care.”

Conversely, a thriving rural hospital can strengthen a community and set it on the path for growth. Raymer says Great River will soon need to hire more staff to accommodate the increase in visitation. They’ve also made a concerted effort to integrate into the community by having hospital employees serve on the board of the local Chamber of Commerce and by providing free physicals for all the local schools, more than 800 physicals last year. 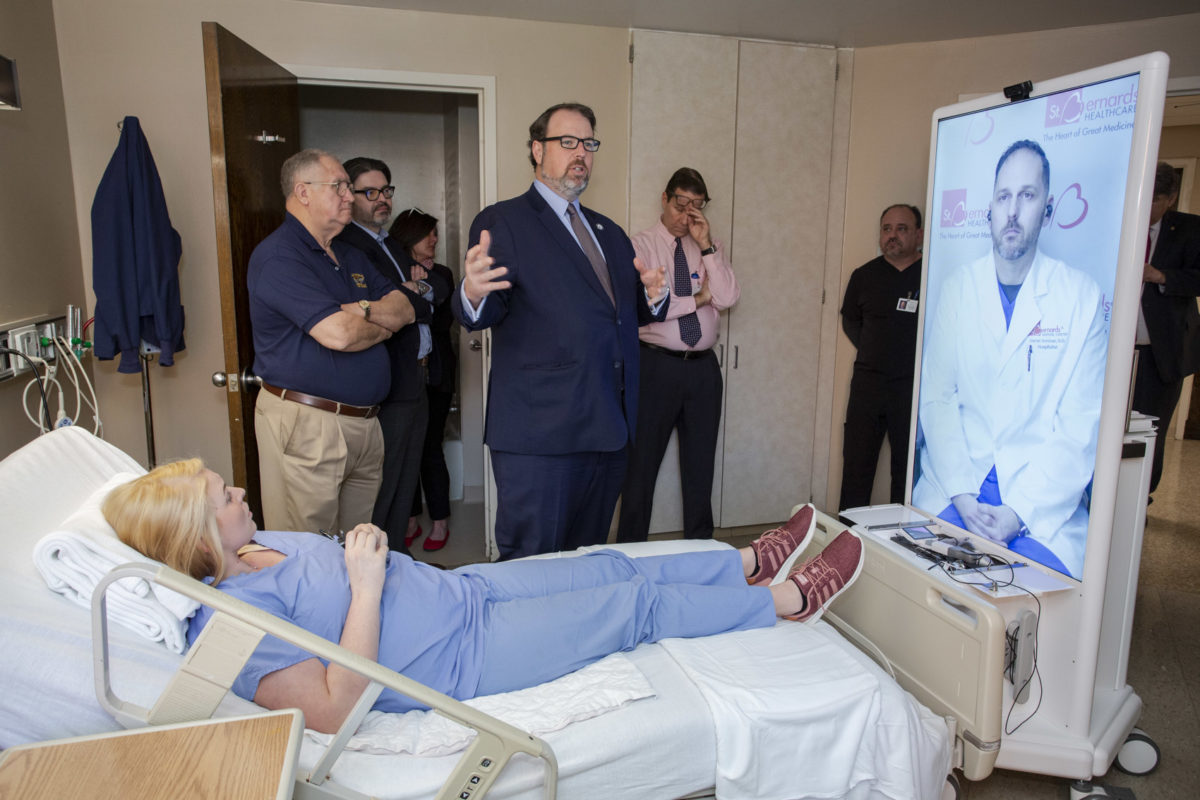 “I’ve done a lot of community and economic development work in rural communities,” Winrock International U.S. Programs Senior Director Linsley Kinkade tells Raymer. “What strikes me is the community-building work you’re doing. Now they know they can depend on you.”

Rural communities face many challenges, but new technology is pointing the way to a more promising future.