Refining the Process: How a new tech CEO with deep industry connections gets help from Innovate Arkansas

Little Rock-based Global Fuel Recovery, founded by Mike Smith (above), cuts down waste by matching used oil generators with vetted collection companies that have insurance and properly maintained facilities, and then routing that oil to refineries. Photo By Gabe Gentry.

It was 2015 and the oil market had just crashed as Michael Smith sat down to lunch in Little Rock with his friend Barry Lile. In more than two decades as a salesman in the used oil business, Smith had developed a national network of suppliers such as car repair shops, quick lubes, grocery stores and boat marinas. In that time he’d come to realize that the industry resembled a patchwork quilt rather than a well-oiled machine. The time had come, he believed, to put that knowledge to use with his own venture.

“I said, I have this crazy idea for a business that would facilitate the recycling of used motor oil,” Smith recalled.

Tapping Smith’s extensive network, Lile set to work writing a software package that would enable anyone — from a lone weekend warrior to an auto repair chain — to safely and legally dispose of and recycle used motor oil. During use, motor oil collects impurities such as metal scrapings, dirt, water and toxic chemicals. These toxic elements can contaminate waterways and drinking water sources if the used oil is not disposed of properly. The U.S. Environmental Protection Agency estimates that 200 million gallons of used motor oil are improperly disposed of each year, nearly 20 times the size of the 1989 Exxon Valdez oil spill. 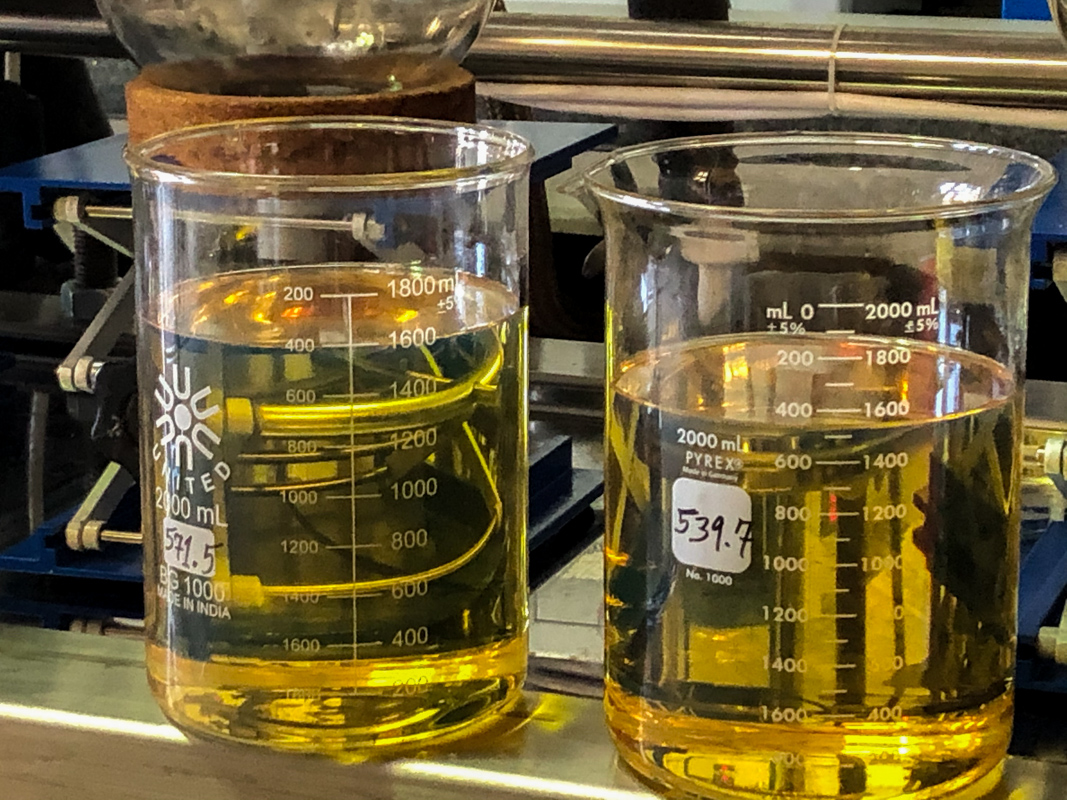 Used motor oil can be re-refined and put back into use for synthetic and semi-synthetic motor oil, heating, asphalt production and other purposes. Photo courtesy Global Fuel Recovery.

Fortunately, used motor oil can be re-refined and put back into use for synthetic and semi-synthetic motor oil, heating, asphalt production and other purposes. With their Little Rock-based company, Global Fuel Recovery, Smith and Lile saw a way to cut down waste by matching used oil generators with vetted collection companies that have insurance and properly maintained facilities. Their technology would then route that collected oil to used-oil refineries. Soon, Smith and his partner were running a profitable operation with their promising technology. But neither had experience growing a business.

“We started helping [Smith and GFR] first as just a sounding board,” said Innovate Arkansas adviser Mike Smith, Jr., (no relation to the Global Fuel Recovery founder). “It’s lonely when you’re starting up a new business. He didn’t have a feedback loop. He’s got to do some things as a CEO he never had to do as a sales guy. A lot of it was talking to him about what his blind spots are and building a team as he grows the business.”

After taking GFR on as a client in early 2019, Innovate Arkansas advisers Smith, Jr. and Ted Dickey teamed with IA Director David Sanders to offer their decades of business advisory experience to the new CEO. The collaboration soon bore fruit.

“The knowledge base at Innovate is crazy,” said GFR’s Smith. He likened Smith, Jr. to a coach for budding young companies: “With his breadth of knowledge Mike is able to plug you into the right place if you don’t know the answers.” The new company leader found Innovate Arkansas’ monthly CEO Tech forums to be especially helpful. “For me, a person who’s never done a startup, when you’re sitting in one of their meetings of other CEOs of successful companies, I’m getting tens of thousands of dollars of advice, once a month, in these forums,” Smith said. “Plus I’ve got Mike, when something comes up that maybe I don’t understand and haven’t done before.”

Recently, Smith has been able to leverage his deep industry experience to take advantage of a new market development that could radically scale his young company. Starting this year, the United Nations agency responsible for regulating maritime shipping is instituting a global requirement to decrease the content of sulfur in marine fuel. GFR is exploring exciting opportunities to recycle used motor oil to meet the new maritime fuel requirements. “We have some new technologies that are going to change the way used oil is recycled,” Smith said.

As his young company enters an exciting new growth phase, GFR’s Smith can lean on Innovate Arkansas for support.

“With all that potential growth, we’ve talked to him about funding, contracts he’s signing with partners, how he would transition into a different role as he builds his team, who needs to be on the team and what roles they will play,” said Innovate’s Smith, Jr. “There’s a lot of things to process.”

Luckily, refining and growing the potential of young technology companies is what Innovate Arkansas does best.