Treatsie Says Mentorship Is Baked In For Innovate Arkansas Clients

Treatsie co-founders Keith Hoelzeman and Jamie Walden first met the Innovate Arkansas team in 2013 when they were founding a company around the monthly subscription box model, specific to artisan sweets.

Today, the company is focused not just on monthly subscription boxes full of delicious candies and chocolates and its always-on ecommerce store, but also on producing its own sweets, based on customer feedback and purchasing data that it collects. And Innovate Arkansas is still along for the ride. 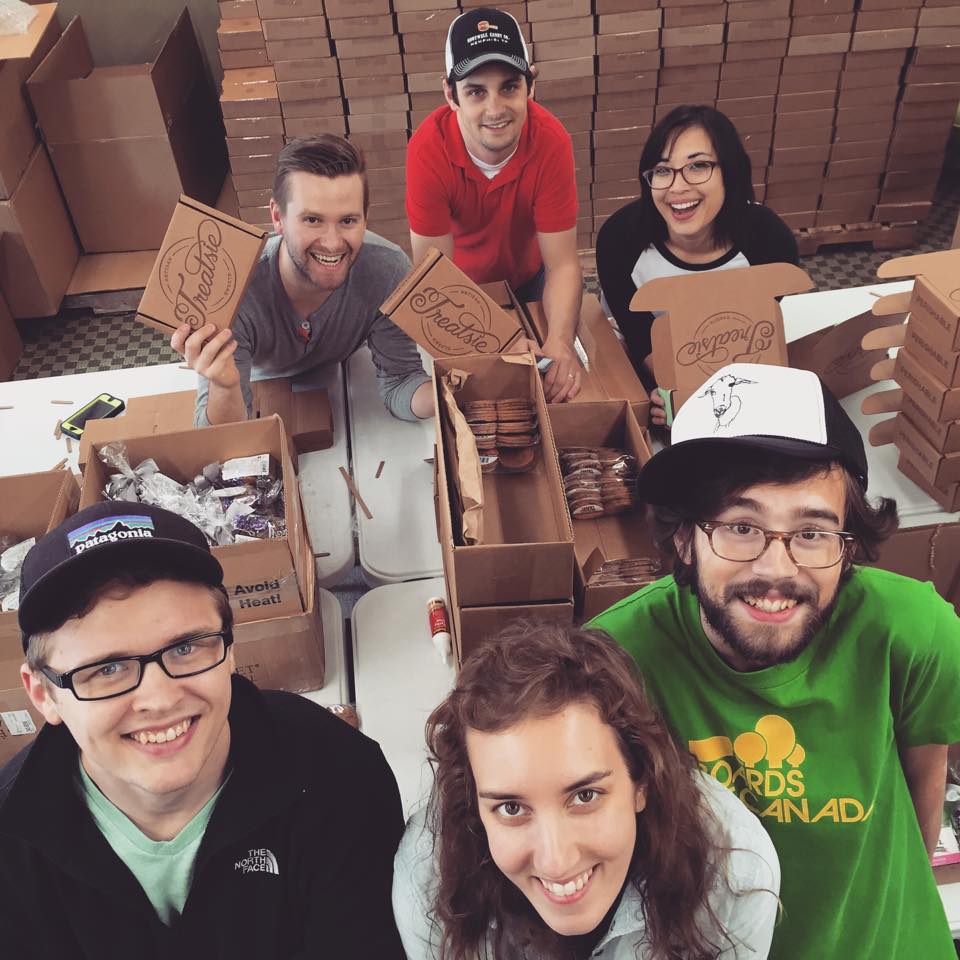 Hoelzeman and Walden first heard of Innovate Arkansas through Mike Smith and Ted Dickey, both of whom are Innovate Arkansas advisors and members of seed capital fund Gravity Ventures. The fund had just invested in Treatsie when Smith and Dickey urged the team to apply to be an Innovate Arkansas client. "At first, I was standoffish, because I wasn't sure if the services were free or self-serving," says Hoelzeman. "Very few things are just a free resource for businesses." It turns out, of course, that Innovate Arkansas is a state-funded program that offers services free or charge to entrepreneurs, in the name of Arkansas’ growth.

For Treatsie, being an Innovate Arkansas client means getting unadulterated advice from startup veterans. Hoelzeman says, "When you can get that much brainpower in the room -- with Mike Smith, Ted Dickey, Tom Dalton, Jeff Amerine -- they've been involved in and seen so many different businesses that they can help you navigate around some of those tough challenges if you bring them to them."

From connections and introductions to competitive insights and operational expertise, Treatsie has dipped its hand in the Innovate Arkansas cookie jar a few times and keeps coming back for more.

For Treatsie leadership, running a business is about surrounding themselves with great people. Innovate Arkansas fits into that philosophy, Walden explains.

"Innovate Arkansas has helped accelerate the learning curve for us, whether it's by direct guidance and feedback, playing devil's advocate on some of our strategy, or just connecting us to the right people when they're beyond their expertise," Walden says. "We attribute a lot of our success to the people we've been able to surround ourselves with, including employees, advisors, mentors, and people who tell us when we're coming up on a cliff at 90 miles per hour that they've already ran off of." 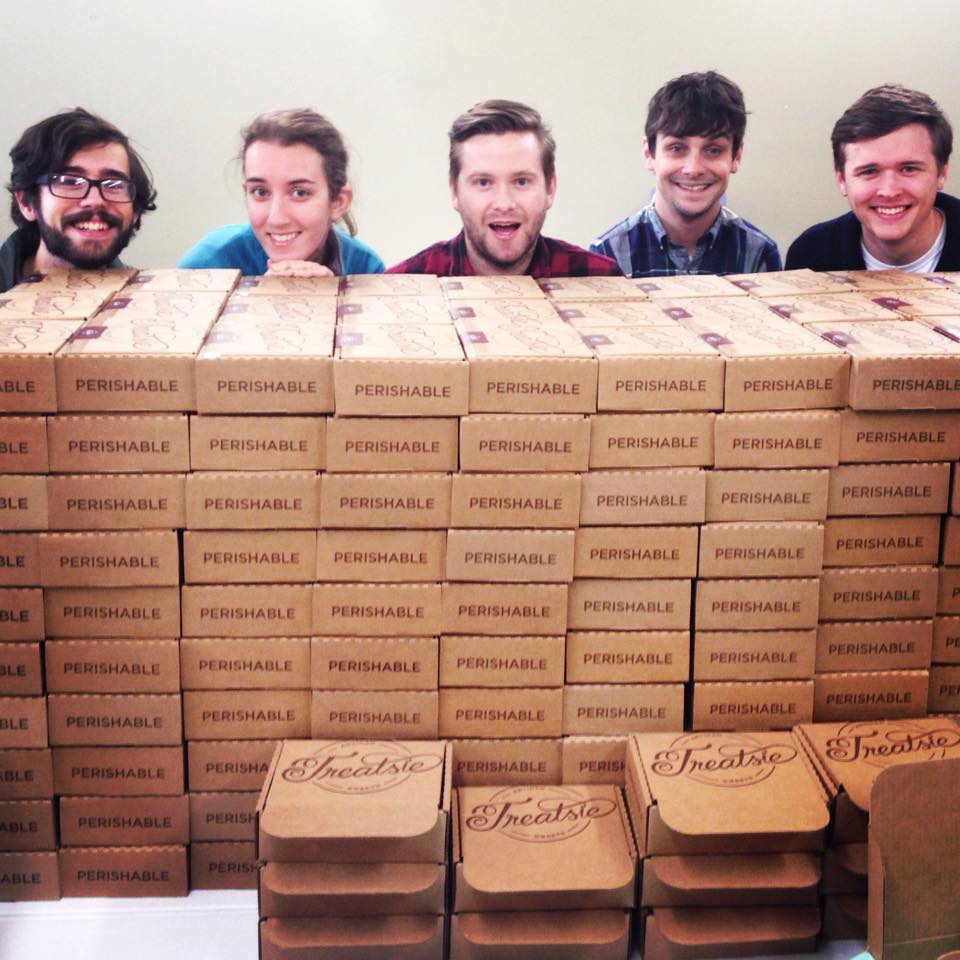 Chatting with Hoelzeman and Walden, it's easy to see that Innovate Arkansas has a special place in their hearts, very much so because a lot of small pieces of advice and action have surmounted to a greater chunk of help that the organization has provided.

Like the time advisor Mike Smith came into the Treatsie office to help pack a shipment for the sake of understanding how the business operates and what logistical improvements could be made... Or the time the Innovate Arkansas team called a group meeting to assist Treatsie in optimizing its Lean Canvas, an action-oriented, entrepreneur-focused one-page business plan. Hoelzeman say they didn't just have Treatsie's team turning its wheels -- when Hoelzeman and Walden showed up with the first version of Treatsie's Lean Canvas, the entire Innovate Arkansas crew had Lean Canvas frameworks printed out, ready to rock.

Much of the value that Innovate Arkansas provides comes in the form of small doses of insight over a long period of time.

Treatsie has grown substantially since it first engaged with Innovate Arkansas -- from two employees, $4,000 per month in revenue, and approximately 150 customers, to eight employees, $150,000 in revenue per month, and 5,000 customers.

Moving forward, the company plans on building out its own product lines, based on consumer feedback and purchasing data that it collects.

Hoelzeman expects that Innovate Arkansas will become a helpful arm in its growth and recruiting strategies. "We see talent as one of the biggest challenges and potential barriers to growing the company here in Arkansas," says Walden. "Not to say we don't have a lot of talent here, but the talent we do have is typically employed, because they're talented! And there isn't a constant churn of talent coming out of schools here."

Though the talent market is challenging, Walden says he's confident Innovate Arkansas' new direction towards more talent development initiatives will be beneficial to them and other entrepreneurs. "If you don't have the right people in the right seats, you're not going to build the company to what you want to do."

Hoelzeman adds that Innovate Arkansas is quickly carving out a highly valuable niche in "adolescent" startup advising: "The very early stage of idea validation and product market fit is kind of covered by other organizations that exist in the Arkansas entrepreneurial ecosystem that sprung up to support that. There's no one really helping out with the 'you're no longer a baby company, you're an adolescent' stage. The people were here, mainly as advisors, but the structure wasn't built quite yet."

Innovate Arkansas, Hoelzeman says, continues to be that sounding board for Treatsie as it moves from simple startup mode to building a sustainable, scalable business.

Erica Swallow is a status quo wrecker, currently helping reimagine America’s education system as VP of Product at Noble Impact, an Arkansas-based social enterprise that aims to provide every student with a relevant and purpose-driven education. She is an Arkansas native, first generation college student, and alumna of MIT and NYU, and has written for Forbes, Fortune, and The Wall Street Journal, among other publications. She believes that education is the key to opportunity.